is a painter and sculptor whose works grace homes and public venues across the globe. Growing up in his native Lebanon, he discovered that he wanted to be an artist at an early age. His source of inspiration – Leonardo –

“I was eleven years old and had just watched the film, Titanic. One of my favourite scenes was when Jack, Leonardo Di Caprio’s character, sketched Rose in the film. I was amazed by the way in which he could use art to reflect the beauty and essence of her character.”
And that very night, Jean made his first ever sketch: He drew the ‘artist’ he had seen on screen; the source of his inspiration. Jean’s drawing of Leonardo Di Caprio turned out to be so impressive and realistic, that his younger brother took it to school to show his friends the next day. Unfortunately, he lost the sketch and it was never found again. But he’d been bitten by the bug, and from that day on he set out to pursue his passion. 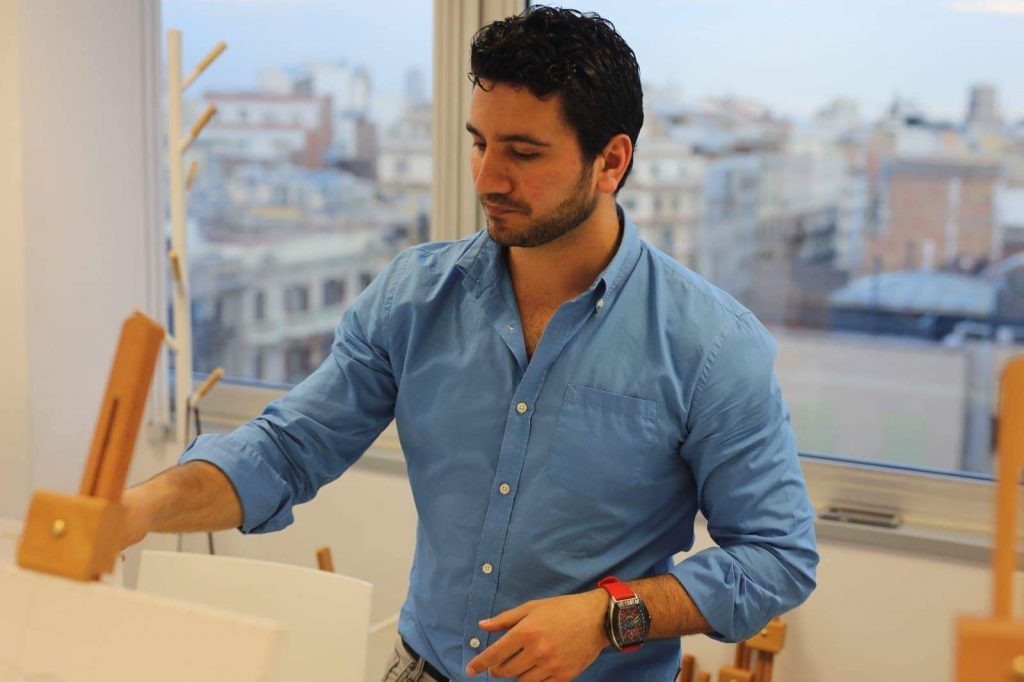 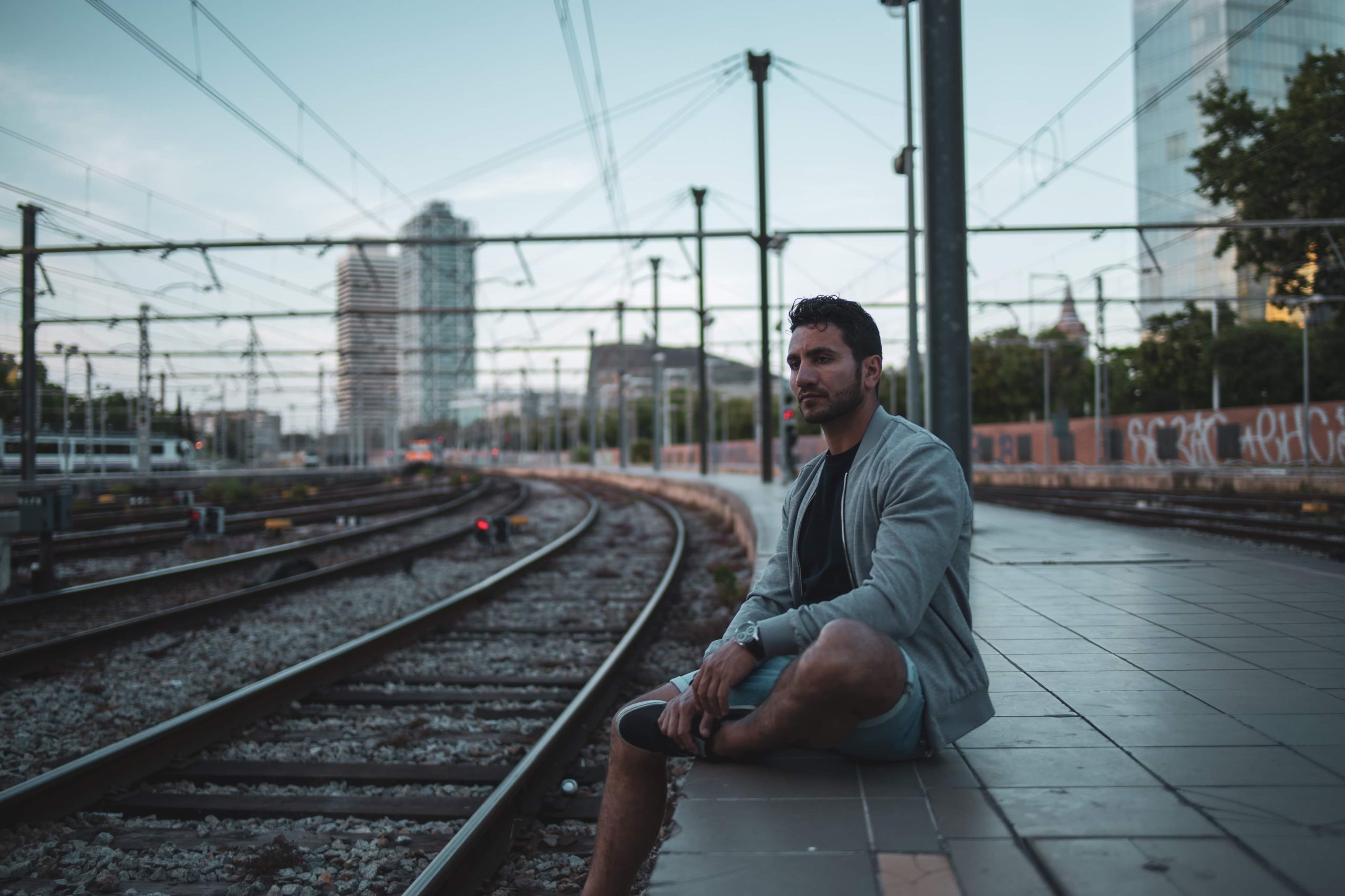 A chance meeting would enable Jean to pursue his dream of turning his passion into a way of life. After seeing Jean’s art, a singer asked him to paint in a live performance alongside him on the stage. It was a make or break moment, that gave Jean’s work a platform to be seen by thousands of people. Thanks to that performance, he was soon being invited to exhibit his work in many venues, as well as appearing in live TV painting performances and being commissioned to paint portraits of well-known figures and celebrities.

While he was at university, Jean’s father decided to encourage his son’s talent, and sent him for classes with a local painter, Pierre Chedid. Jean became so absorbed in learning as much as he could about painting that he would often spend whole days and nights at the studio, observing and eventually helping as he gained more experience. He then moved onto another studio, where the teacher invited him to help with painting walls in churches, villas and castles, providing yet more opportunity to study techniques and gain experience. As he learnt more and more, his own paintings became increasingly sophisticated in style and technique, and he began to gain local recognition as an artist. 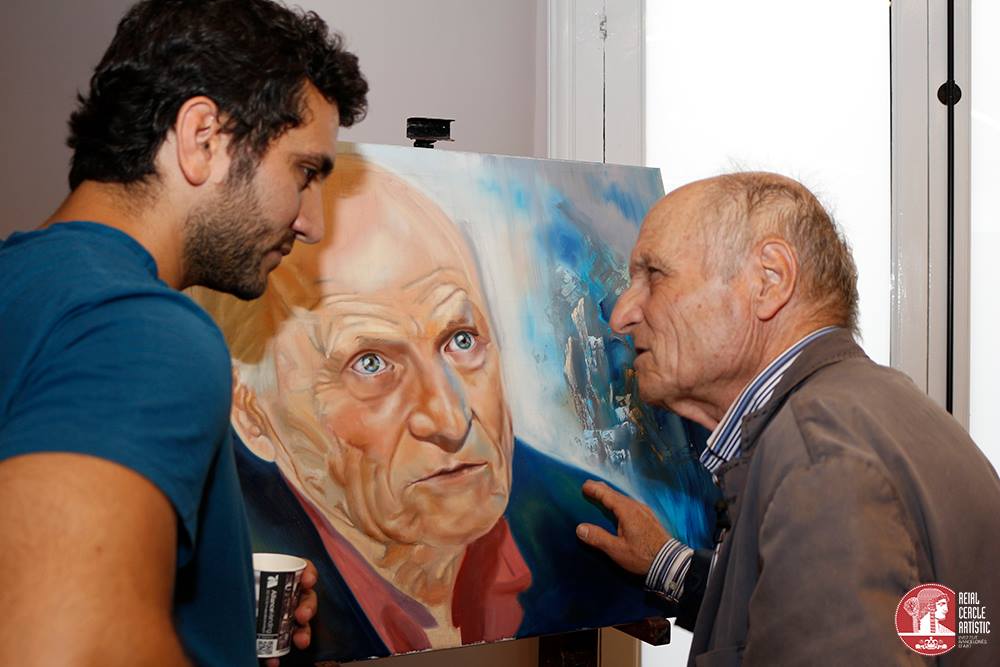 In 2010, Jean moved to Barcelona, where he continued to pursue his passion of painting. He has exhibited at various important venues across the city, as well receiving commissions from further afield, including painting a mural on the wall of a bar in Geneva. (click here to see the result) After five years of living in Barcelona, he was finally able to live and work full time as an artist.
In 2018, Jean decided to set up a painting class. Not only does he want to offer an experience that provides people with the chance to disconnect and relax, whilst learning a new skill, he wants to be able to share his passion. As he says: “I remember how I felt all those years ago, the very first time that I saw my drawing on paper; the sense of achievement at seeing what I’d created. And I want to share that feeling with other people. Everyone has the ability to be creative. They just need to know how to unlock that creativity. And I’m here to give them the key.” 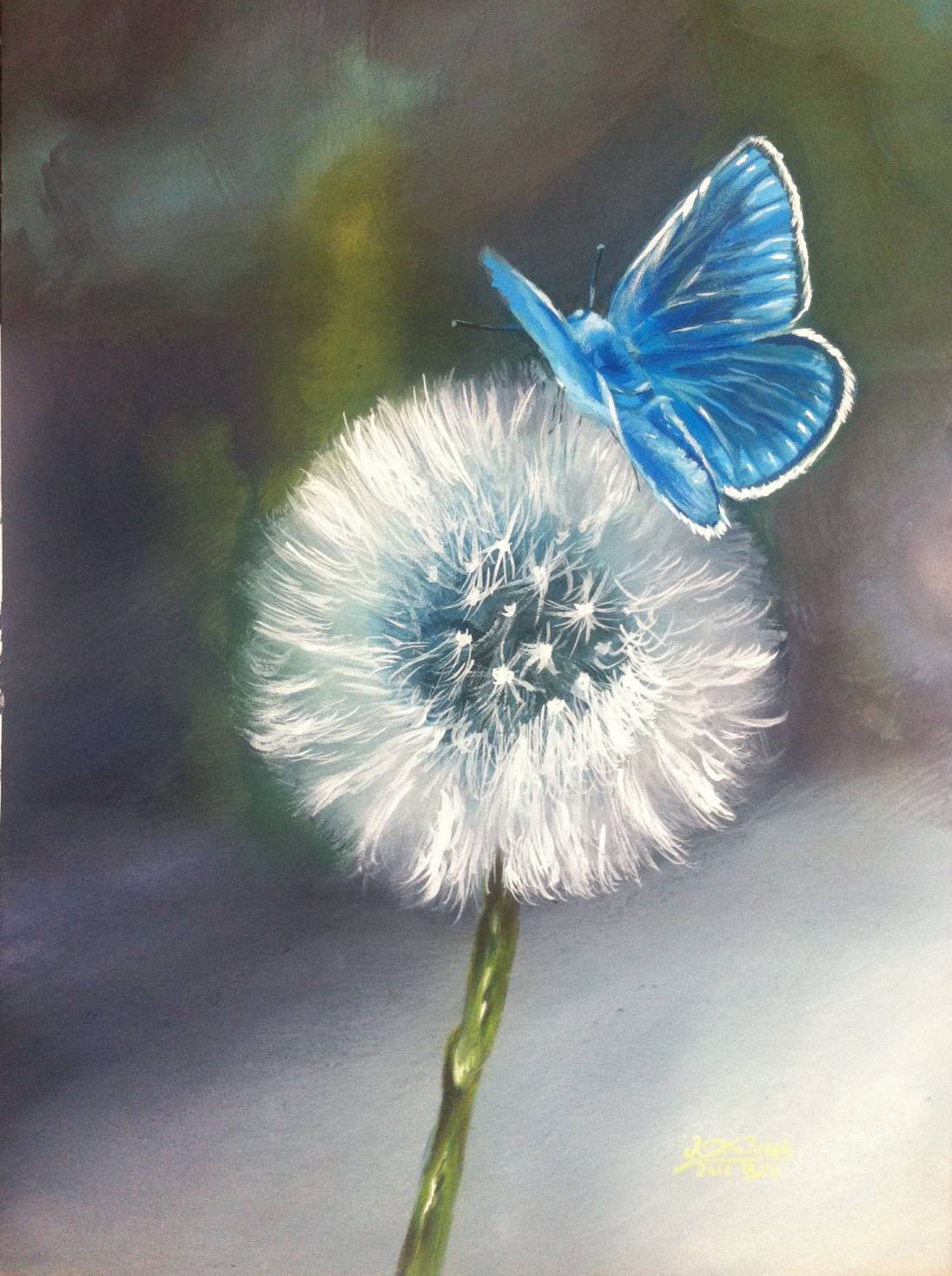 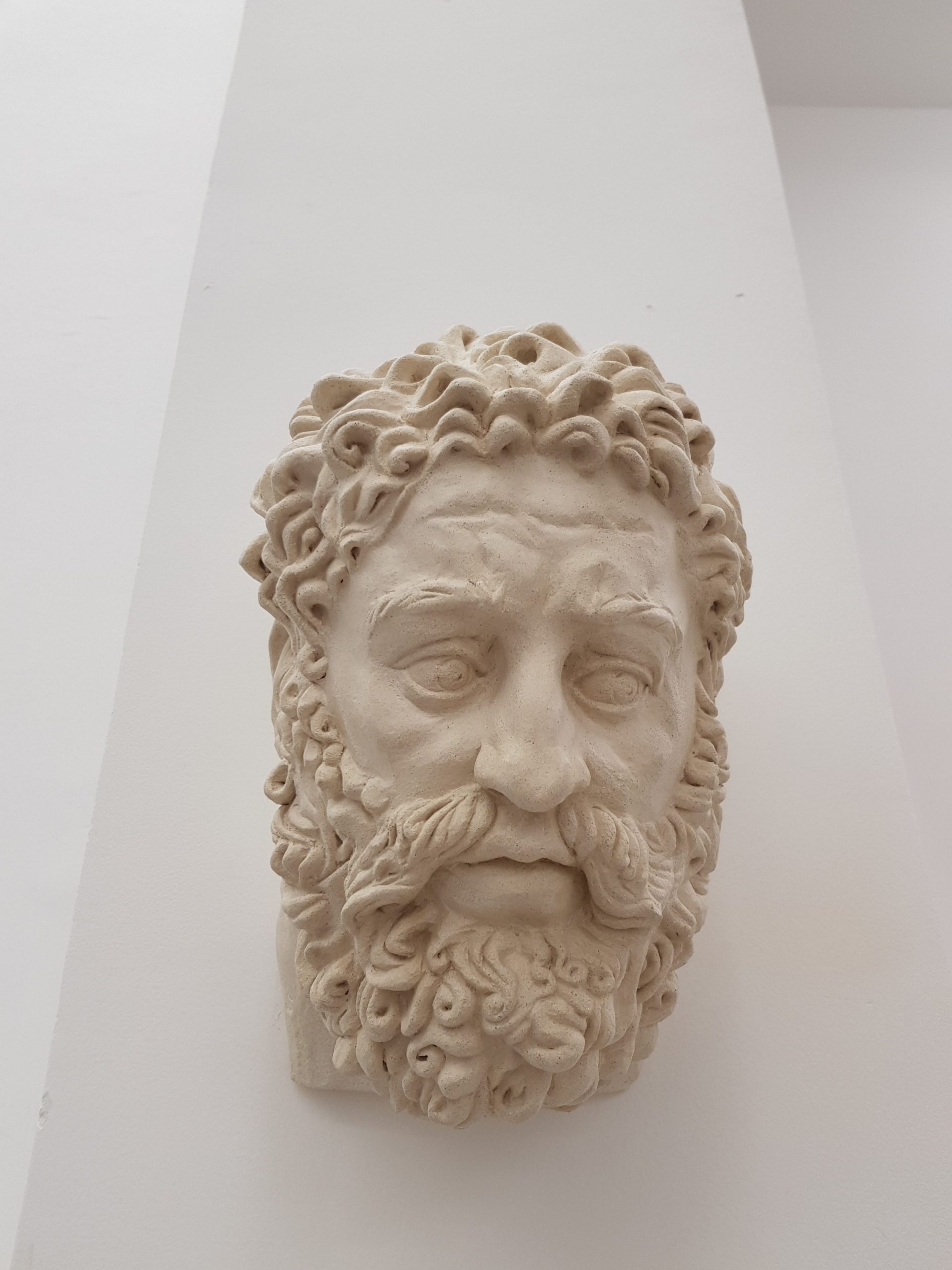 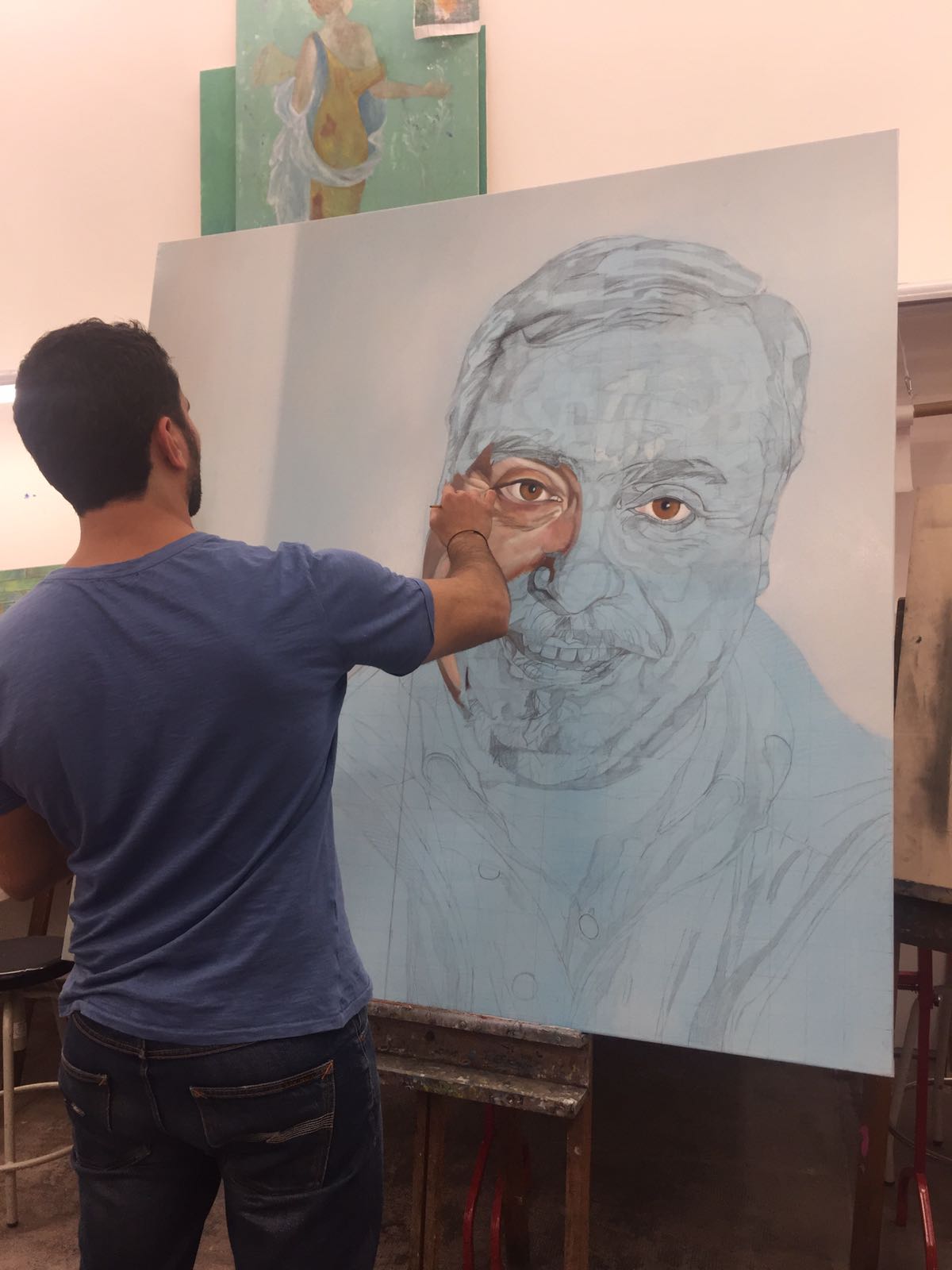 This website uses cookies to improve your experience while you navigate through the website. Out of these, the cookies that are categorized as necessary are stored on your browser as they are essential for the working of basic functionalities of the website. We also use third-party cookies that help us analyze and understand how you use this website. These cookies will be stored in your browser only with your consent. You also have the option to opt-out of these cookies. But opting out of some of these cookies may affect your browsing experience.
Necessary
Necessary cookies are absolutely essential for the website to function properly. These cookies ensure basic functionalities and security features of the website, anonymously.
SAVE & ACCEPT
Powered by